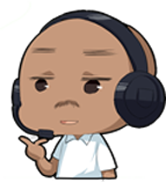 1 .<-NARRATOR:->Listen to part of a lecture in a psychology class.

2 .Now, much of the research in this area is motivated by the search for animal analogs, or-or parallels, to human cognitive processes.

3 .And one of the processes we've been investigating is metacognition.

2 .Well, it's being aware of what one knows or feels, um...having an awareness of one's state of mind.

3 .An-and- an-and making decisions about behavior based on what one knows.

4 .Researchers have long been interested in whether animals possess this capability, but-but couldn't test it...because animals aren't able to report their feelings.

5 .But recently, one group of researchers found a way to solve this problem.

6 .They did studies with-with monkeys and-and dolphins that provide evidence that these animals have the ability to feel uncertainty...to feel unsure about something and, well, to know that they're uncertain.

1 .So how could these researchers figure out if an animal feels uncertainty?

2 .Well, it began with a study one of them did on a dolphin, who'd been trained to recognize a particular high-pitched tone.

3 .The dolphin was taught to press one of two paddles, depending on whether it heard the high tone or one that was lower.

4 .Food was the reward for a correct response, but if the wrong paddle was pressed, the dolphin had to wait several seconds before it could try again.

5 .The task varied in difficulty according to the pitch of this second tone; the closer it came in pitch to the first one, the harder it became for the dolphin to correctly identify it as "low."

6 .An-and the researcher noted that the dolphin was quite eager to press the paddle when it was sure of the answer, but exhibited hesitation during difficult trials.

1 .Next, the researcher introduced a third option: a third paddle that would initiate a new trial, giving the dolphin the choice of passing on difficult trials.

2 .Once the dolphin figured out the result of pressing this new paddle, it did choose it frequently when the trial was difficult.

3 .The researcher took that as an indication that the animal wanted to pass because it didn't know the answer, and knew it didn't know.

1 .But there was a problem:

2 .Other researchers protested that th-the opt-out response was simply a learned or-or conditioned response... you remember intro to psychology, right?

3 .In other words, by pressing the "pass" paddle, the dolphin avoided having to wait, and hastened the possibility of a food reward by moving directly to the next trial.

4 .So the experiment didn't necessarily indicate that the dolphin had knowledge of its own uncertainty, just that it wanted to avoid negative consequences.

1 .So more recently, our researcher and his colleagues devised a new study- this time using monkeys.

2 .In this experiment, the monkeys had to identify certain patterns displayed on a computer screen.

3 .These patterns were analogous to the tones used in the dolphin study:

4 .one type of pattern was of a specific density and was to be classified as "dense," while a second type of pattern could vary in density but was always less dense than the first one-and the monkeys' task was to identify this second type as "sparse."

5 .So the denser this second type of pattern was, the more difficult the task became.

6 .And, as in the previous study, the monkeys were given a third choice that would allow them to pass on to a new trial.

7 .But-unlike in the dolphin experiment-the monkeys had to complete four trials before they got any feedback.

8 .They didn't know if they had responded correctly or incorrectly after each trial, because there was no reward or punishment.

9 .At the end of four trials, feedback was given-the monkeys received a food reward for each correct response and a time out, during which a buzzer was sounded, for each incorrect response-but the monkeys had no way to tell which reward or punishment was associated with which response.

10 .And they didn't get either reward or punishment for choosing the "pass" option, th-the uncertainty response.

11 .But nevertheless, they still chose this option in the appropriate circumstances-when the trial was particularly difficult.

12 .And this is evidence that it wasn't simply a conditioned response, because that response didn't guarantee a faster reward.

1 .So, what does all this tell us about animal consciousness, or animals' awareness of themselves an-and their state of mind?

2 .Can we really know what's going on in the minds of animals?

4 .But, exploring the metacognitive capacity of animals could become an important criterion in highlighting the similarities and differences between human and animal minds.